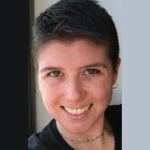 This is the fourth article in the Golden Goals series of interviews with notable bloggers about their goals, habits and productivity systems.

Gina Trapani is the chief editor and founder of Lifehacker, the top productivity blog around. Not only is she an award-winning blogger, she’s also a web programmer and a published author, with her book Lifehacker: 88 Tech Tricks to Turbocharge Your Day

coming out late last year. She’s the queen of productivity and life hacks, and we’re excited to have her as part of this series.

1) What would you consider your greatest achievement in the last few years? Feel free to add other achievements or goals if you’d like.

2) What was the key to achieving that success for you? Was there one thing, or were there a number of factors?

It was a number of factors. First, inspiration. The concept of life hacks really captured me. It was a perfect new basis for an online magazine. Then, stick-to-it-tiveness. I wrote the web site for an entire year, updating a dozen times a day, before compiling a book became a possibility. And writing a web site doesn’t sound like hard work, but as you probably know, it is! Then, it was luck – an agent noticed the site and approached me about doing the book. Finally, it
was perspiration: 300 pages requires many long hours of writing and revising. But no matter how high the mountain you have to climb, you plod along, step by step.

3) What are the essential habits that you’ve formed to help you achieve your goals?

Two main things really help me. First, writing down my progress over time. It’s extremely motivating for me to see how far I’ve gone and push to get just a little more done. Second, tricking myself into doing the tough tasks I’d otherwise avoid. I’ve got a lot of techniques I use here. For example, I wrote the Lifehacker book in a series of timed dashes. I’d set the kitchen timer for 60 minutes, and write like hell till the bell rang, then walk away. Work sprints like that really help me get over procrastination and move forward on a project.

4) How often do you think about your goals, review them, and take action on them?

To be honest, not as often as I could. It’s not a scheduled, set activity for me, more like an impromptu process. I’ve decided on two main, overarching missions for myself, and I use those to guide me when I set goals – like finishing the book. If I’m feeling resistance to something in my life, I stop and think about whether it’s because it doesn’t align with my “mission statement,” so to speak, so that’s my impromptu review. As for taking action, ideally, everything I do every day moves my goals forward.

5) Describe how you overcome failure, how you pick yourself back up if you are struggling, and how you motivate yourself if your enthusiasm is lagging.

For me it’s all about intention. If I’m really having a hard time getting something done, I step back and re-ask myself if the goal is something I really want. Maybe it’s not, and I’m better off spending my time and energy elsewhere. (That’s not giving up, that’s being smart.) If it is, and I can get back in touch with the original desire and intention that got me started, and I’m right back on track. The important thing to remember is that without failure, there’s no success.

My methods are pretty simple and stripped down, and align, but don’t follow by the letter, David Allen’s Getting Things Done system. I’ve set up places to catch my “stuff” – like a paper inbox, a todo list, and a few index cards in my back pocket – and I get whatever I can out of my head into those buckets. Then I work through each incoming channel and prioritize what I’ve got to do when as it aligns with my goals.

Shameless plug: I’ve got lots of productivity tricks over at Lifehacker.com, and exactly 88 of them in my book, too (Lifehacker: 88 Tech Tricks to Turbocharge Your Day

). So you should check those out!